At The Vantage Auto Group  we aim to make the car leasing process as easy as possible. Simply select the “Personal Credit” or “Business Credit” application and complete the information below. A member of the Vantage Team will be in contact with you shortly. 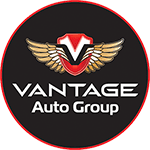 At Vantage Auto Group, we save you time, money and peace of mind! No need to deal with the headaches of sitting in a dealership for hours on end and haggling with pushy sales reps. With our robust dealer network, we’re able to get wholesale pricing and guarantee the most competitive lease or purchase price on any new vehicle.
(844)-307-3885
SALES@THEVANTAGEGROUPAUTO.COM
775 Mountain Blvd, Suite 208, Watchung, NJ 07069
Copyright © 2022 The Vantage Group NJ LLC. All Rights Reserved. | Site Designed By Plutus Media